I have always been a little disappointed with my rye breads. My past attempts have always tasted  pretty good, but the texture was often very stodgy, making the loaf rather unpleasant to eat. As I have probably mentioned before, my Grandad was a baker, so I thought I would ask if he had any advice on working with this ancient grain. He suggested that I use more yeast, as rye doesn't have all the gluten that other flours do, to make it rise better. He also said that rye doesn't absorb water well, so use much less than you normally would when making bread. I took on board his advice and I am really happy with the results that they produced. I have gone for a rye and white flour mix here, so that I got a slightly lighter crumb structure, but if you fancy a denser loaf please feel free to adjust the ratio. 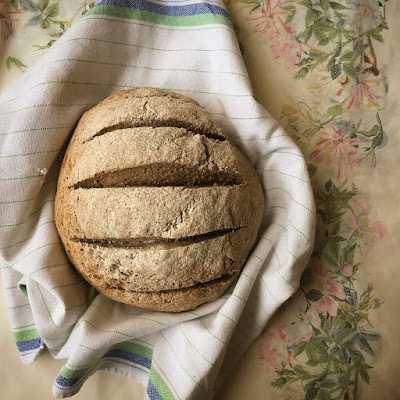