I have been using different beers in my bread for a while now. I think the liquor adds an intense flavour and a malty twist to my bakes. Beetroots are in season at the moment and I think this recipe is a great way to combine the two. This flatbread is a delicious addition to any meal or  served on its own as a tasty snack. 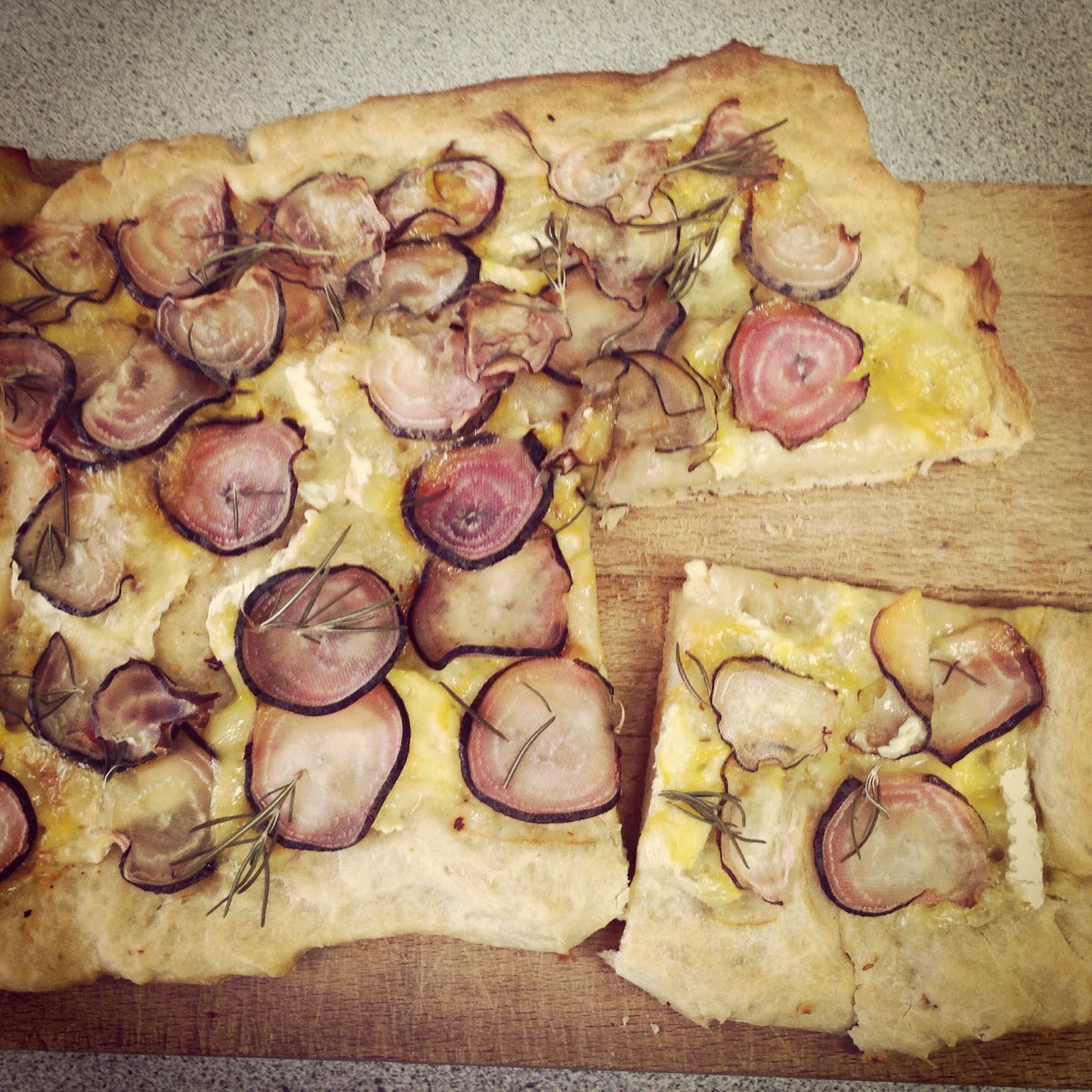 150g of camembert, cut into slices or chunks
1 teaspoon of dried chilli flakes
1 sprig of rosemary
2 small beetroots thinly sliced (I used a variety that the american's call 'chioggia' which is pink and stripy. You could also use golden or any cooked beetroot you fancy)


Rub the yeast into the flour and then add the salt to the opposite side of the bowl.
Add in the oil and the beer (you may need a little more, or a little less so add it slowly) and mix to form a smooth dough.
Knead for a few minutes until soft and elastic.
Cover with cling film or a tea towel or a shower cap and leave to prove for about an hour.

Whilst it proves, lightly oil a baking tray and pre heat the oven to about 200 degrees C.
Spread the dough onto the baking tray, with your hands, until it pretty much reaches the edges.
Cover with your toppings and leave to rest for 5 minutes.
Bake in the oven for around 15 minutes (you are looking for the edges to be golden and hard), remove from the tray and serve.


For a twist you could add goats cheese instead of camembert and even red onions too.
Posted by Unknown at 20:15